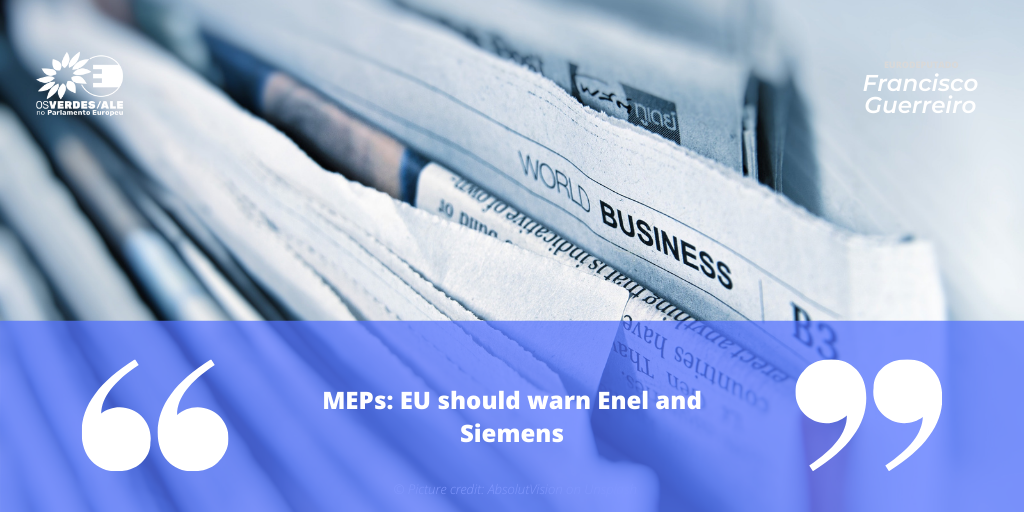 19 Members of the EU Parliament today urged the EU to warn the two companies Enel and Siemens about the legal and ethical risk that they run in partnering with Morocco for operations on occupied land.

"The EU must warn European companies such as Siemens or Enel of the heavy legal and moral risks of doing business with an illegal occupier", 19 Members of the European Parliament (MEPs) stated in an op-ed published in the EU Observer today.

The group, consisting of MEPs from several political groups, stressed that "it is high time that the EU shifts from a rogue player to a role model and musters all its collective strength and creativity in order to guarantee a just and sustainable solution to the conflict through the holding of the long-promised referendum of self-determination."

The collective specially noted that "EU cooperation assistance to Morocco must cease supporting the entrenchment of an illegal occupation and fund housing and jobs for Moroccan settlers (a war crime under the Rome Statute of the International Criminal Court). Goods produced in the Saharawi Occupied Territories should stop entering the European market as certified by and produced in Morocco, against the Saharawi people's consent."