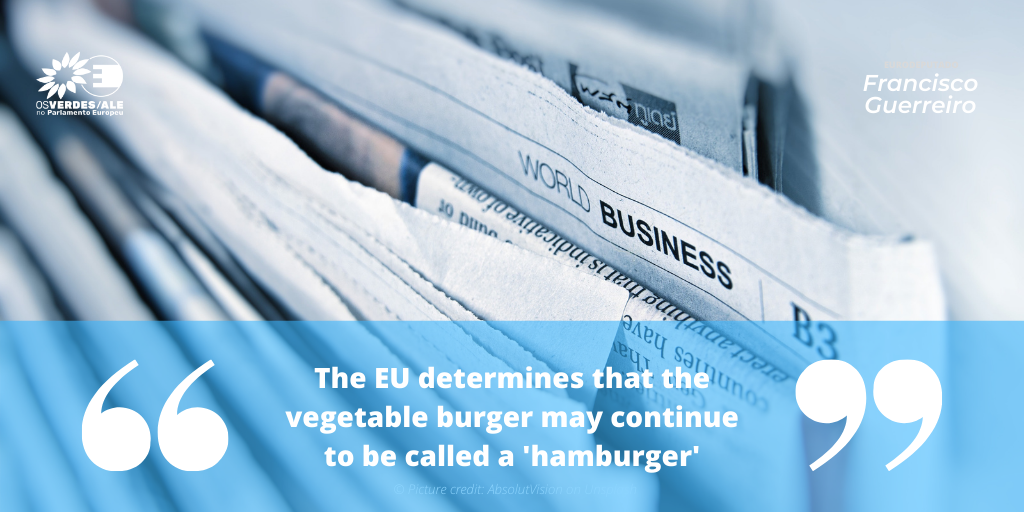 Teller Report: 'The EU determines that the vegetable burger may continue to be called a 'hamburger'

The European Parliament voted this Friday against limiting the names "hamburger", "sausage", "steak", "schnitzel" and "burger" to meat products

Had it been approved, it would have required negotiations with the Member States to modify the names of substitutes of plant origin.

"Amendment 165 (in the European Parliament's position on the reform of the Common Agricultural Policy), has been rejected, a victory for all environmentalists and a great defeat for the meat sector," said Francisco Guerreiro MEP from the Unitary Left.

The name of those plant products is a hot topic.

The possibility of limiting the names of the hamburger and sausage to foods made with meat had generated a heated debate in recent weeks between the lobby of the meat sector and environmental organizations.

the majority of Europeans are not concerned about the names used to designate burgers or sausages of plant origin.

42.4% of those interviewed believe that traditional names (meat, sausage, etc.) should be allowed as long as the products are clearly labeled as vegetarian, 26.2% see no problem in using these names and 20.4 % believe that these denominations should not be authorized.

No to soy milk

However, the European Parliament did approve another amendment to prevent the use of references such as "type", "style" or "alternative" to compare non-dairy products to dairy products, it will affect products such as soy or almond milk.

In the same case, the Court of Justice of the EU already concluded a few years ago that it is not possible to speak of milk, cream, butter, cheese and yogurt for non-milk products, but the amendment goes further and seeks to prevent this type of comparative references to resemble traditional dairy products.