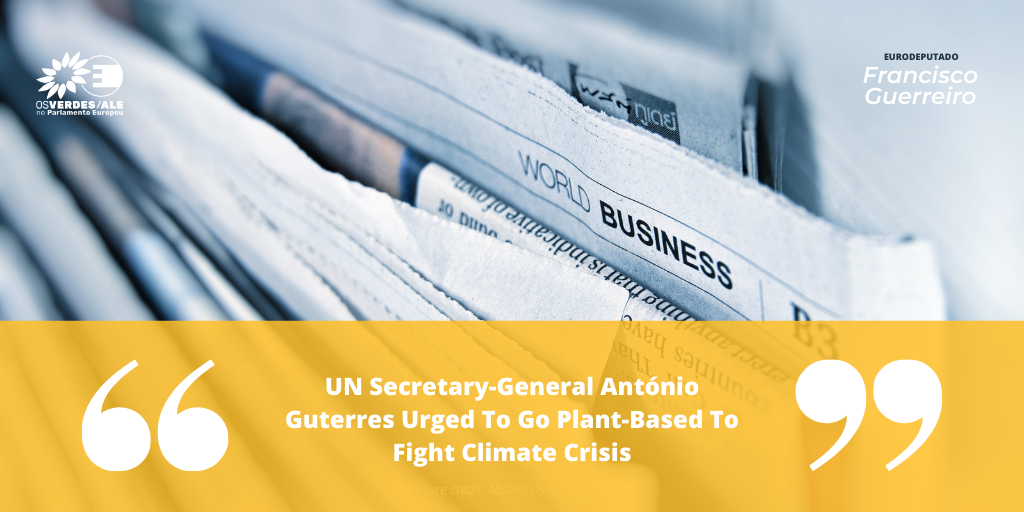 António Guterres, Secretary-General of the United Nations, is being urged to adopt a plant-based diet.

The politician is facing calls to ditch animal products to help fight the climate crisis, as part of the Plead for Planet campaign.

Moreover, the international initiative will start today to mark Sustainable Gastronomy Day – coined by the UN in 2016.

An open letter – signed by non-governmental organizations from around the world – is being sent to Guterres.

It highlights how the production of meat and dairy is amongst ‘the main contributors to global greenhouse emissions’ – while citing a plant-based diet as ‘one of the most effective ways of mitiagting’ an individual’s carbon footprint.

The letter reads: “Your mandate as UN Secretary-General has stood out for your sensitivity towards the topic of climate change. And, for the courage you have shown in making it a priority.”

“… A small action has the potential to make a huge difference and set an example for everyone… Be it your grandchildren, the youth from around the world, or other world leaders; an example that would align your actions with the available scientific evidence.”

The letter then concludes: “We’d like to challenge you to lead by your personal example, [by] taking a significant step towards adopting a plant-based diet.”

Moreover, Plead for Planet aims to receive 30,000 signatures by July 9 – and is nearing its first 100 supporters already."