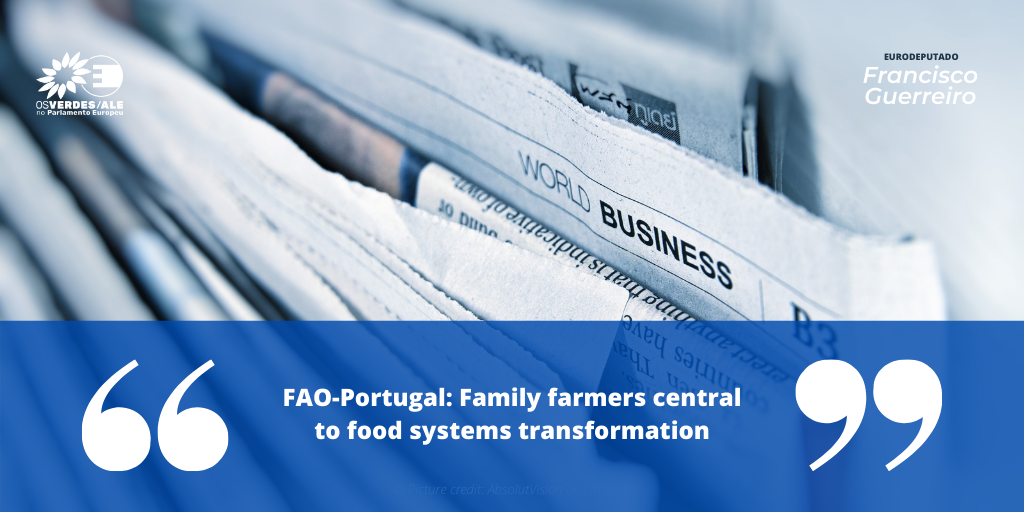 The role of family farming in promoting sustainable food systems was the central theme of a high-level, virtual dialogue held by the FAO Liaison Office in Brussels, in collaboration with the Portuguese Presidency of the Council of the European Union (EU). The event featured an exchange of experiences related to national strategies, programmes, and policies.

Portugal's Minister of Agriculture, Maria do Céu Antunes, and FAO Deputy Director-General Beth Bechdol, took part in the dialogue designed, in part, to raise awareness of opportunities to transform food systems in the context of the United Nations Decade of Family Farming (2019-2028). This multidimensional issue is a stated priority for the Portuguese Presidency.

"Family farming plays a fundamental role in the maintenance and cohesion of rural territories by structuring the economic and social fabric," said the Portuguese Minister. "Family farmers can play an important role in reducing the risk of rural poverty. Furthermore, family farming is a diversified and non-specialized activity, being very important in ensuring food security and more sustainability."

"FAO is proud to team up with the EU in the global effort to support family farming and foster meaningful improvements in our food systems," said Rodrigo de Lapuerta, FAO Brussels Director, in a statement echoed by Deputy Director-General Beth Bechdol.

"FAO stands ready to work with the EU to provide support and assistance in developing national policies and legislation to support family farming," Bechdol said.

The full recording of the event can be found here.