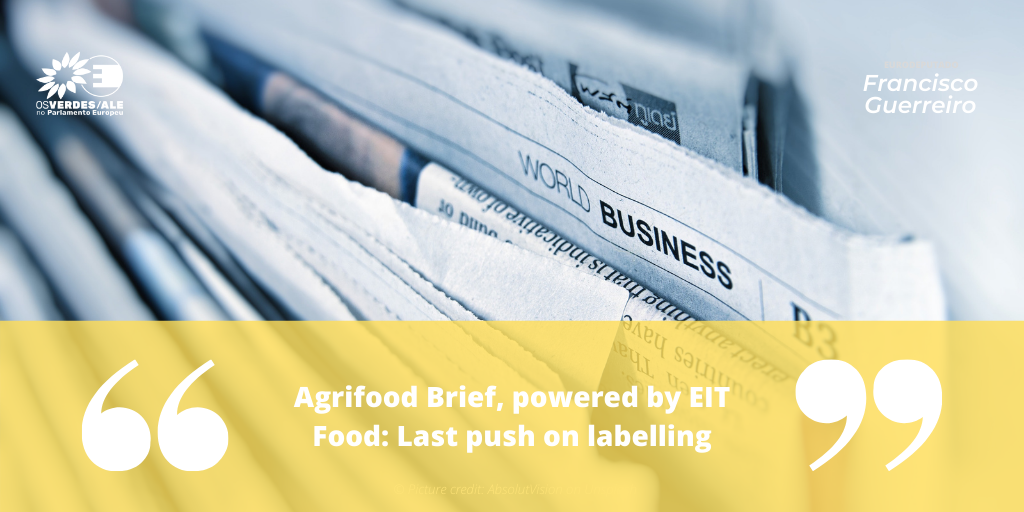 
MEPs have beef with meat campaign: 34 MEPs wrote a letter this week criticising an EU Commission funded project which aims to promote the consumption of bovine products

his week, we speak with: Aneta Zachová from EURACTIV Czech Republic about the latest news on the allegations of fraud surrounding Czech Prime Minister Andrej Babiš and the agricultural company Agrofert; and Joan Calabuig Rull, regional secretary for the EU of the Government of Valencia, to hear the Committee of the Regions opinion on the EU’s flagship food policy, the Farm to Fork strategy.

While EU agriculture ministers are less than united on a harmonised nutritional labelling scheme, the picture on a potential animal welfare label is much more promising.

When Germany took over the reins of the rotating EU presidency last July, agriculture minister Julia Klöckner made clear that labelling was high on the agenda, both for nutritional information and for animal welfare.

But after five months of talks, we are still not much closer to a consensus among ministers on an EU-wide nutritional label.

But these high hopes look likely to be dashed given that Italy has threatened to put a spanner in the works.

It is no secret that the country is less than satisfied with the way the issue has been dealt with so far. According to Italy, the latest talks at the EU Council have confirmed the difficulty of reaching an agreement. “In our opinion, the approach has not been completely neutral,” the agriculture minister Teresa Bellanova stressed in a note.

It is now extremely unlikely that Germans will manage to persuade the Italians, which leaves a high chance that conclusions of food labelling will only be signed off by the presidency.

This could water down the original intention of giving a clear message to the European Commission, which is expected to put forward a proposal for a harmonised food labelling scheme in the context of its Farm to Fork strategy (F2F).

So far the Commission has lent its support behind the idea of having a mandatory framework at the EU level, as any national attempt to regulate on the matter runs the risk of fragmenting the Single Market.

Taking of fragmentation, not all member states share this view. The Nordic countries, for instance, have developed their own successful front-of-pack labelling systems which they are reluctant to part ways with.

Doubts have started to arise on relying only on food labelling to ‘nudge’ consumers toward healthier diets.

In an interview with EURACTIV, European Parliament’s rapporteur on the Farm to Fork, the centre-right MEP Herbert Dorfmann, said that the most developed labelling framework in the world at the moment is, perhaps, that of the United States. “But I don’t have the impression that their diet is healthier than ours,” he added.

On the other hand, member states seem more ready to embrace the idea of a standardised animal welfare label for livestock foodstuffs.

An EU official told EURACTIV that they are “confident” that the draft conclusions on an animal welfare label will be adopted.

There have been a number of national voluntary schemes implemented in different member states so far. However, a corresponding legislative framework has yet to be initiated at the European level.

Germany is a strong advocate for the creation of a  transparent and harmonised EU-wide animal welfare label, arguing that this will significantly increase consumer confidence in the labelling of animal products.

At the same time, they expect the creation of an animal welfare label could also open up a new market for farmers to sell products produced to higher animal welfare standards, ultimately leading to an improvement of animal welfare in livestock husbandry.

Ministers are also considering the introduction of food origins indications on front-of-pack labelling.

However, a draft of the conclusions that the Germany presidency would like to be approved next week highlights the importance of conceiving a scheme that avoids problems in the internal market and that it is somehow WTO-proof.

For the presidency, the new food origins label also needs to be “clear and easily understandable to avoid misleading consumers.” Once again, easier said than done.