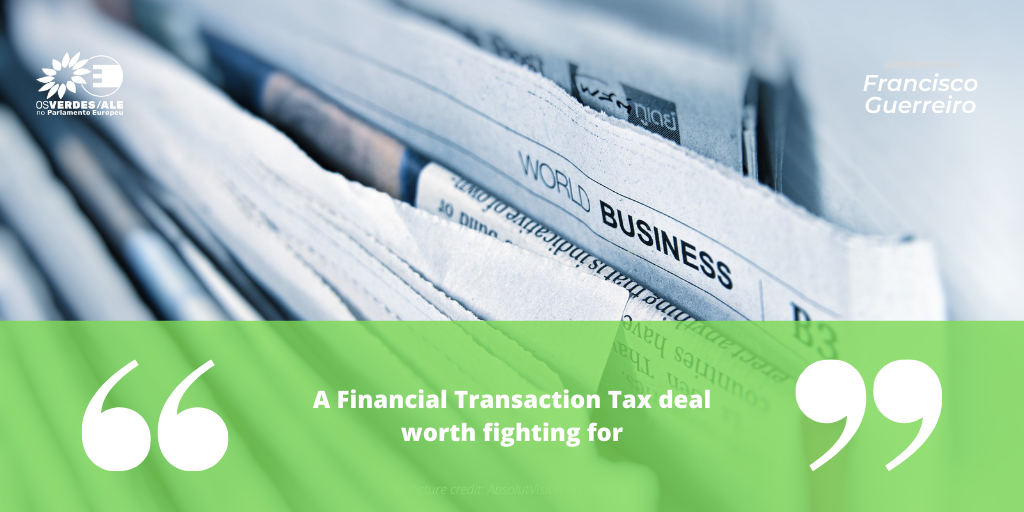 Euractiv: 'A Financial Transaction Tax deal worth fighting for'

he German EU presidency programme mentions the financial transactions tax as one of the measures to fund the EU’s response to the coronavirus pandemic. Now is the time to make good on this promise, writes a group of MEPs.

This op-ed is co-signed by MEPs from across the political spectrum. The full list of signatories is available at the bottom.

On the surface, having the financial sector make a far greater contribution at this time is welcome.

The problem is the amount of money actually on offer. Recent enquiries to the finance ministries of both Germany and France, who dominate the long-running negotiations for a European FTT deal, reveal that despite the massive additional costs of COVID-19, the talks continue as if nothing has happened.

Despite Merkel’s words, the very poor proposal put on the table last Autumn that will raise less than €4 billion a year across 10 EU countries, remains the only arrangement under discussion.

It is extraordinary to continue as if this were business-as-usual when surely we need to calibrate our response to the scale of the crisis we now face. Given the amounts needed to pay for COVID-19 and its economic aftermath, raising just a few billion from the FTT is simply laughable.

Let us be clear. The problem is not with the FTT. Taxing the types of financial transactions largely undertaken by the wealthiest companies and individuals to redistribute revenue to pay for needs at home and abroad has long been viewed as desirable, popular and timely. Indeed, it is long overdue.

In 2012, MEPs voted overwhelmingly in favour of a European FTT. At the time, the idea was that all markets, all players and all financial products would be subject to the tax. However, over the intervening years, the financial lobby have as good as killed the project.

Most particularly, they have managed to substantially water down a previously agreed arrangement, by removing derivatives transactions from the tax base. Stripping out this one asset class alone, slashes the bulk of the revenue and destroys the regulatory effects, which incentivise financial actors towards longer-term investments.

But a few weeks ago, something happened that could change all this and offers a glimmer of hope.

The context is this, Italy already has a very modest FTT, which was passed in 2013. The Italian subsidiary of the French Bank, Société Générale, tried to get out of paying the FTT on its derivatives business, by taking the Italian Revenue Agency to court.

The case eventually made its way to the European Court of Justice (ECJ), who dismissed Société Généralé’s argument of the incompatibility of the Italian FTT with the provisions of free movement of capital and services.

This brilliant outcome sets a legal precedent settling doubts over issues of extra-territoriality when it comes to derivatives taxation. It points the way back to a more ambitious FTT agreement worth tens of billions of euros.

This is an FTT deal worth fighting for that could make a significant difference alongside other progressive measures such as clamping down on corporate tax avoidance that would generate the scale of funds needed to build back better and create a sustainable, green future going forward.

What we need to do now is to call out Germany and France for their lack of ambition. To say in no uncertain terms that the FTT deal currently on the table is just not good enough. It never was, but particularly now in this time of Coronavirus, such a weak response is not commensurate with the task in hand and surely can only be seen as weak leadership.

This ECJ ruling could not have come at a better time. Let us call on Germany and France to rise to the occasion and re-think the deal in light of this legal outcome.

Let us urge member states in the FTT negotiations, such as Italy, Spain and Portugal, to work together to put derivatives back on the table so that during Germany’s EU presidency, Chancellor Merkel has the opportunity to deliver a meaningful FTT for the benefit of Europe and the world.