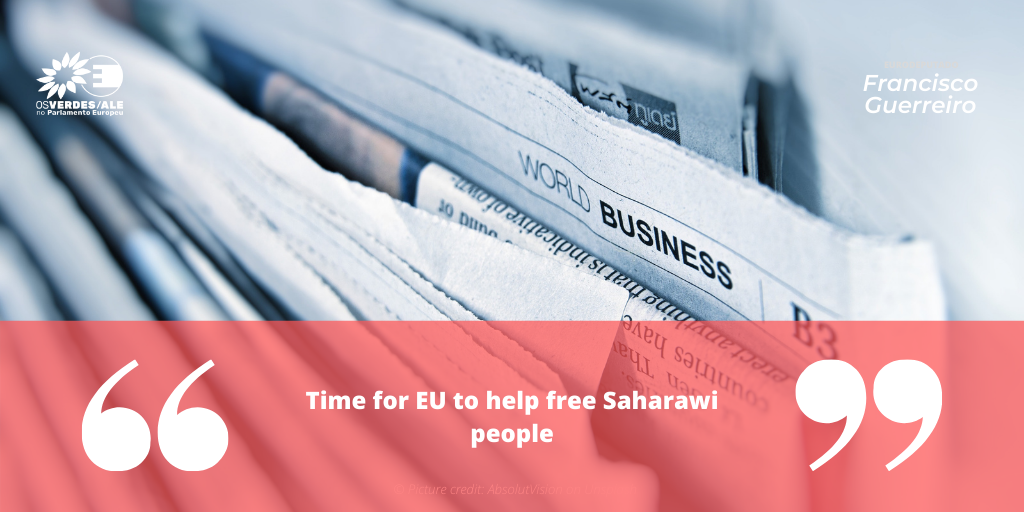 EN - The EU's moral compass and the Western Sahara, 45 years after the Madrid Accords

The 14th of November marks the 45th anniversary of the so-called Madrid Accords between Spain, Morocco, and Mauritania, which divided the Spanish colony of Western Sahara between its two African neighbours.

These accords sought to give some form of legal cover to the Moroccan occupation that had begun just days before with the "Green March", in which thousands of Moroccan troops and organised civilians had crossed into the territory.

However, the accords could not by fiat transfer sovereignty over Western Sahara, despite Spain relinquishing its responsibilities in the dying days of the Franco regime (in exchange for juicy fishing rights and concessions in a phosphate mine).

Since the Mauritanian withdrawal in 1979, Morocco remains to date the sole (illegal) occupying force in Western Sahara and Spain's legal responsibility remains while, for the United Nations, Western Sahara continues to be listed as a non-self governing territory awaiting decolonisation.

Some 45 years after the Madrid Accords, the Saharawi people continues to be divided by a 2,700 km sand wall, guarded by 120,000 Moroccan troops, split between those living under military occupation and over 170,000 Sahrawis living in refugee camps in the Algerian province of Tindouf.

That means 45 years in the scorching desert, depending on meagre international support, and waiting for the principles of international law to be respected in order to be able to return to their homeland, where they have seen a mass influx of Moroccan settlers.

And all those years after the Madrid Accords, the Saharawi people face daily repression by Moroccan forces.

Western Sahara ranks among the very worst human rights situations in the world.

Civil society groups are regularly harassed and cannot register. Human rights defenders and pro-independence activists are subject to beatings, arbitrary arrest and torture, while demonstrations are consistently broken up.

Corruption among Moroccan state officials and in the local economy is reported to be widespread, particularly in the lucrative exploitation of the bountiful natural resources.

Local media are censored and foreign observers - from Members of the European Parliament to international human rights NGOs and journalists - are systematically expelled.

All this takes place in front of the very eyes of the United Nations, whose Mission for the Referendum in Western Sahara (Minurso) was established in 1991 with the specific task of organising a referendum of self-determination.

But in the absence of any progress, its main task has been to monitor the fragile ceasefire.

Recently, the UN Security Council renewed Minurso's mandate for another year, but, once again, without specific measures to guarantee further progress on the conflict-resolution track or to monitor and prevent human rights violations.

To date, Minurso continues to be the only modern UN mission without a human rights mandate, while the post of the UN special envoy for Western Sahara remains vacant since its latest mandate-holder resigned (reportedly out of frustration) in May 2019.

We, as Members of the European Parliament, believe the European Union cannot continue to ignore one of the most protracted and painful conflicts on its immediate doorstep.

It must play a more constructive role towards this territory situated a stone's throw away from its borders in the Canary Islands.

It is appalling that EU institutions have repeatedly ignored the judgements of the EU Court of Justice by including Saharawi land and waters in trade and fisheries deals with Morocco, without seeking the consent of the legitimate representative of the Saharawi people, the Polisario Front.

Just as much as the EU seems to know an occupation where it sees it anywhere outside Western Sahara, it also has to align its dealings with this case with its commitments and obligations under international law.

First and foremost, this means that the EU must apply a policy of differentiation that cuts across its entire relationship with Morocco and that clearly distinguishes the latter from Western Sahara as a separate and distinct territory.

EU cooperation assistance to Morocco must cease supporting the entrenchment of an illegal occupation and fund housing and jobs for Moroccan settlers (a war crime under the Rome Statute of the International Criminal Court).

The EU must warn European companies such as Siemens or Enel of the heavy legal and moral risks of doing business with an illegal occupier.

Finally, it is key that in the ongoing budgetary negotiations, the already scarce humanitarian resources allocated to the Saharawi refugees in Tindouf are not further reduced.

Instead, the EU must drastically revisit its assistance to the Saharawi people.

It must make the paradigm shift to supporting its resilience and help build its future, whatever the political shape it may take once the Saharawis have expressed themselves through the promised referendum.

Those 45 years after one of its member states swapped the fate of a people for a school of fish, the EU must restore its moral compass and take its responsibilities under international law.

It is high time that the EU shifts from a rogue player to a role model and musters all its collective strength and creativity in order to guarantee a just and sustainable solution to the conflict through the holding of the long-promised referendum of self-determination.