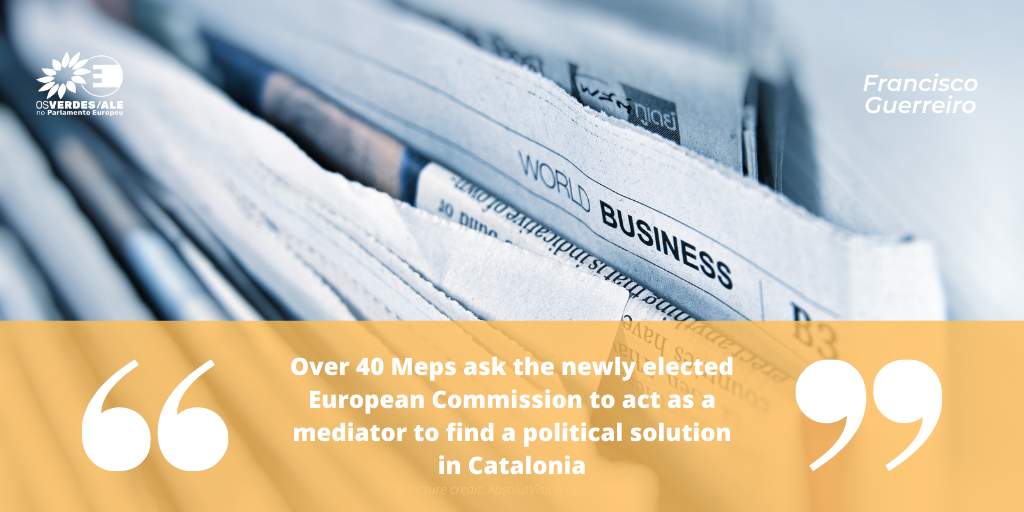 EU Catalonia Dialogue Platform: 'Over 40 Meps ask the newly elected European Commission to act as a mediator to find a political solution in Catalonia'

Over 40 MEPs have co-signed a letter sent today to newly elected President of the European Commission Ms Von der Leyen asking for the Commission to “act as a mediator to find a political solution in Catalonia, ensure that human and fundamental rights are protected in Spain, and take note of the international organizations that have called for the release of the Catalan political prisoners”.

After explaining the unfair verdict that convicted the pro-independence Catalan leaders to up to 13 years of imprisonment for having participated in the organization of a referendum of self-determination in Catalonia, the MEPs -representatives from 14 different member states and 5 parliamentary groups- quote different International Human Rights organizations that monitored the trial and denounced procedural shortcomings and lack of guarantees for the defendants.

“This European internal affair should count on a solution led by Europe. Europe’s leaders should not remain silent on this matter when they do not remain silent on matters concerning other Member States. If Europe cannot defend human rights inside Europe it will lose its entire raison d’être and will have to cease lecturing other countries”, said the MEPs in the letter sent on Wednesday.