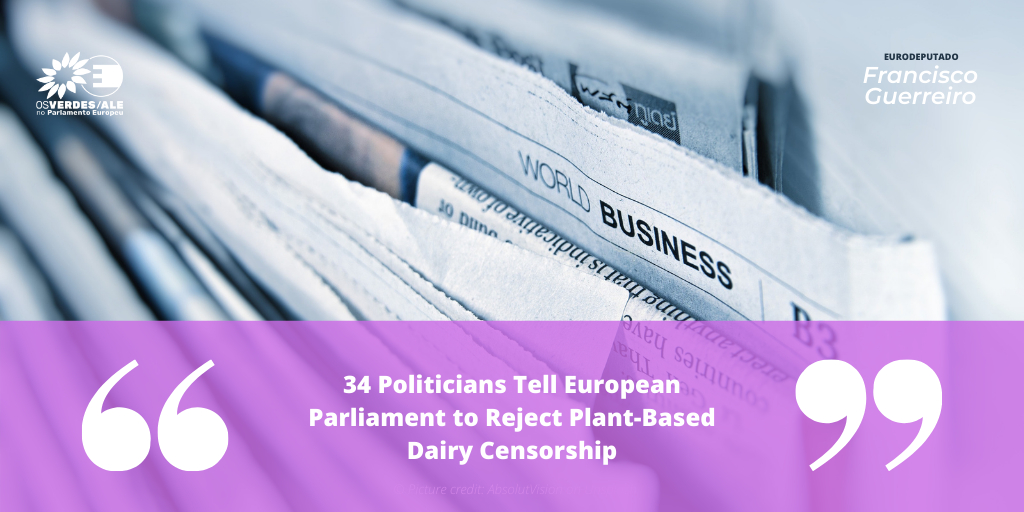 Last October, the European Parliament voted to place significant restrictions on the marketing of plant-based dairy alternatives. Now, 34 MEPs have called on them to reject Amendment 171, which they say amounts to censorship.

There are already restrictions on the way dairy alternatives can be sold, banning the use of terms such as “milk” and “yoghurt”. But under Amendment 171, alt-dairy companies would not be able to make any reference at all to dairy products. Phrases such as “creamy” or “like milk” would be banned on packaging, and it would even be illegal to reference scientific data showing that a product has “half the emissions of butter” or similar.

Purely factual descriptions such as “does not contain milk” or “suitable for persons suffering from lactose intolerance” could also be banned, along with images of alt-dairy products being used as milk substitutes — for example, being poured onto cereal or into coffee. This has provoked outrage from brands such as Oatly.

The MEPs say these restrictions would threaten consumers’ right to information and companies’ right to fair competition. They also point out that it would make it harder for consumers to choose environmentally friendly options at a time when climate change is a huge crisis, directly contradicting the sustainability goals of the EU Green Deal and Farm to Fork Strategy.

They argue that the amendment has been passed “silently”, with no impact assessment and heavy influence from the conservative dairy lobby.

21 NGOs have already united to protest the restrictions, including Greenpeace and WWF. Food awareness organisation ProVeg International has also created a petition to stop the amendment, which can be signed here.

“The plant-based dairy sector is being censored by amendment 171 and is being ignored when trying to explain the far-reaching consequences of amendment 171 to the Council, Commission, and Portuguese EU Presidency,” said Jasmijn de Boo, Vice-President of ProVeg. “We can only hope that common sense will prevail; the lack of transparency is simply unreasonable.”