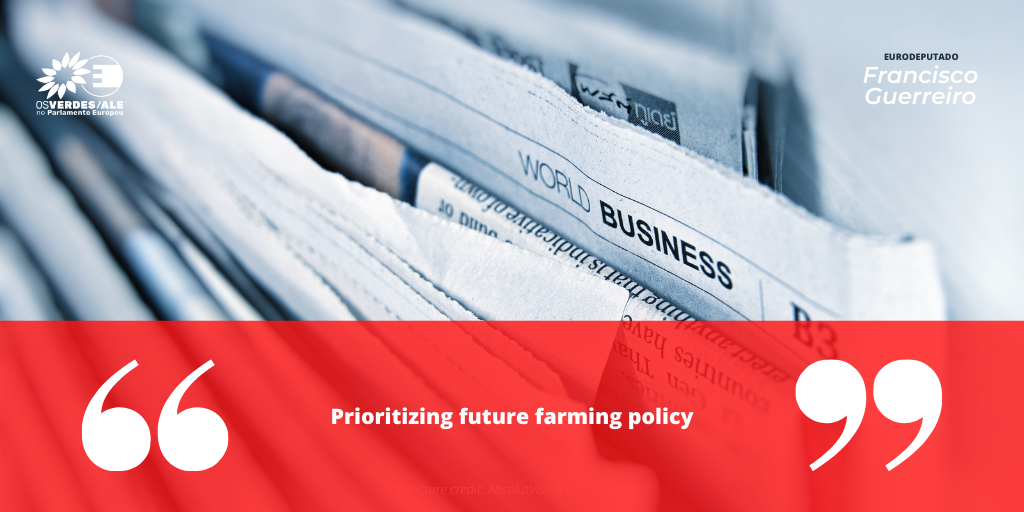 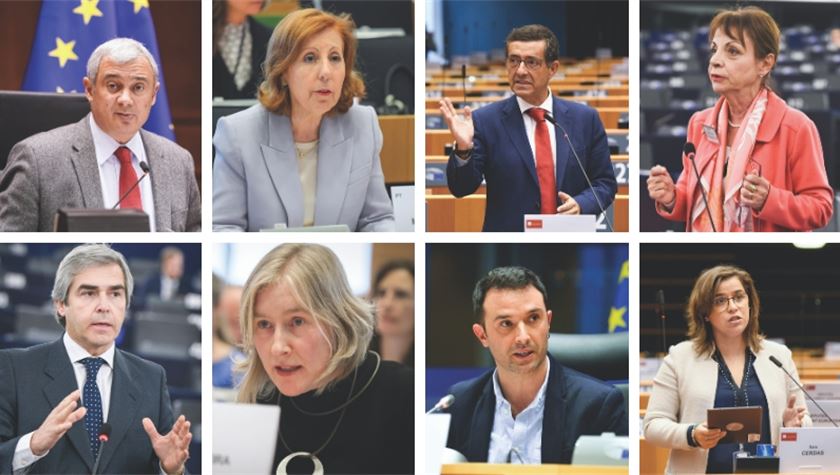 The Portuguese Presidency of the Council of the European Union begins amid a health and socioeconomic crisis. Portugal will therefore give full priority to implementing the European vaccination strategy. In addition, the Presidency aims to operationalise all the financial instruments agreed during the German Presidency, to ensure that money reaches the real economy as soon as possible. The Presidency is also very much committed to a Green, Digital and Fair recovery, ensuring consistency between investments and European development goals. The Social Summit, taking place in Porto, will deepen the compromises established under the European Pillar of Social Rights. The time has also come to launch the Conference on the Future of Europe, ensuring citizens’ participation in a strategic debate about the challenges we face. On the international front, the election of Joe Biden has created an opportunity to relaunch the transatlantic relationship, paving the way to tackling climate change and revitalising multilateralism. As Portugal is the home country of UN Secretary- General António Guterres, this will likely be an important topic for the Presidency. The Presidency is also committed to organising summits with two important key players, India and Africa and will start building a new relationship with the UK. A busy agenda, but Portugal has a tradition of successful European presidencies.

The Portuguese Presidency priorities are in line with those of the European Commission, Parliament and the Presidency Trio. The main surprise of the Portuguese proposals is the social dimension, which has more emphasis than in previous presidencies, and the special attention given to the EU’s relations with Africa and India. The EU’s response to the health and economic consequences of COVID-19 and implementing the recovery and resilience plans will be particularly important. I believe that this resilience is achievable, not by adopting protectionist measures, but through investing in knowledge, research and innovation, infrastructure, industries and supply chains. These measures will ensure the EU is better prepared to face any future crises, and will help make Europe more globally competitive. I am curious to see how the Portuguese Presidency will address this priority. An issue that is not on the official list of priorities, but obviously of extreme importance, will be the role of the Council, under Portuguese guidance, in coordinating of vaccine distribution and any necessary increase in production. Member States need to move with efficiency and at the same pace. Portugal can contribute to creating the cooperative environment that we will need to succeed. In fact, this culture of cooperation needs to be strengthened across many other fronts, including in the digital and green transitions.

2020 was a difficult year for Europe, but together we have managed to avoid the worst and start ‘building back better’. The Portuguese Presidency of the Council is happening when - as its Presidency motto states - it is “time to deliver”. Portugal will therefore kick-start the implementation of national recovery plans. By the time of the high-level recovery conference, scheduled for June, we should already be modernising European infrastructure and stimulating industry and services towards a digital, sustainable, competitive and autonomous Europe. We should use these funds to reinforce and improve the digitalisation efforts undertaken during the pandemic, with special assistance for micro businesses and SMEs, and without forgetting about those who need digital education, reskilling and upskilling programmes. As a vice-chair of the Parliament’s IMCO Committee, I hope the Portuguese Presidency will be able to take down every barrier built during the pandemic. We must shape Europe’s recovery in a progressive direction, helping to undo the distortions caused by the exceptional, temporary measures directed at European businesses. Last, but certainly not least, this all needs to be done with full respect of the Rule of Law. This mechanism was one of the great victories for our Union in 2020, and must be enacted as soon as possible.

It wasn’t easy, but the European Union did manage to reach agreement on delivering coordinated and joint programmes in response to the impacts of the pandemic. Implementing these on the ground successfully is the first priority of the Portuguese Presidency. Success will be linked to how citizens and enterprises can benefit fairly, from the transformative dynamics associated with the energy and digital transitions. Portugal has achieved concrete results in these sectors, which will ensure that the ambition to boost European leadership on climate change mitigation, people-centred digitalisation and deepening the social rights pillar is possible, necessary and feasible. These priorities are fully in line with the European Union’s multilateral positioning and will give support to the focus on the relations with Africa and Asia. Today’s digital transformation is the major factor behind economic and social disruption, and the progressive vision that inspires the Portuguese Presidency is one of its determining elements. I believe that the seed of a European citizenship pact for access to data will be planted in this semester, in which protection and rights do not mean a barrier to competitiveness, but rather a path for that competitiveness resulting from the accessibility and quality of services for citizens and businesses.

One of the top priorities of the Portuguese Presidency is the Social Pillar and the enhancement of European social policies. I am confident that this Presidency will reinforce confidence in the European social model and promote European values, with policies based on solidarity and preparedness; a necessary action to recover from this pandemic crisis and to strengthen Europe’s social and economic resilience. With this line of action, the Portuguese Presidency will focus on public policies against poverty, foster job creation and strengthen health systems, taking care of the most vulnerable. On the other hand, I expect the Portuguese Presidency to enhance the coordination and capacity to respond to public health crises, starting with the implementation of a fair and efficient vaccination plan at European Union level. Despite the enormous challenges, such as the digital transition, the climate emergency and the current pandemic crisis, the Conference on the Future of Europe - as well as the Porto Agenda on social rights in May - will give back much-needed contributions. Portugal will help to boost the debate and the participation of citizens. These standout moments will, I believe, create the start of a new strategy to strengthen the social pillar in the European Union.

Nuno Melo (EPP) is a member of Parliament’s LIBE Committee

The Portuguese Presidency is not immune to the serious circumstances facing the European Union at the moment. The COVID-19 pandemic and its consequences in terms of mortality, weakening of health services and impact on Member States’ economies as well as implementation of vaccination plans, will be key issues of the Presidency. The evaluation and impact of Brexit, reform of EU migration systems, financial recovery plans and ensuring that the EU’s €750bn recovery fund turns into productive investments are other key aspects that the Presidency will have to handle. However, it will also be an opportunity to assert its own brand, which the Portuguese Government has preannounced in relation to the recovery of the economy, based on the green and digital transition, the EU social rights pillar and the strengthening of both multilateralism and the European Union as a global player. I personally have high expectations for the Portuguese Presidency’s ability to bring the Mozambican tragedy, which has seen attacks and executions carried out by radical Islamists, to the top of the EU’s foreign policy priorities. Portugal is a member of the Community of Portuguese Language Countries (CPLP), a friend of Mozambique for historical reasons and it would be incomprehensible not to lead this effort.

I am curious to see how the Portuguese Presidency will steer the trilogues for the Common Agricultural Policy (CAP), it is one of the most important and expensive EU policies and is directly linked to the environmental catastrophe we have forced upon ourselves. The positions of the Commission, Council and even the Parliament on CAP have proven - so far - to contradict the European Green Deal. I am also curious to know if the Farm to Fork and Biodiversity strategies will have any influence on the trilogue discussions. However, I suspect that they will only represent an extra pair of ambitious documents that add to the collection of papers that serve no real purpose other than for political rhetoric use. I say this because, as we know, there is a real risk that the CAP will be voted on without the strategies being finalised, as they are still under discussion in the Parliament. It is imperative that the Portuguese Presidency steers negotiations and persistently reminds that both strategies must be reflected in the CAP. Digitalisation is one of the priorities of this presidency, but for agriculture, this must mean - among other issues - that big farmers do not obtain even greater advantage over small farmers, or that intensive animal production, instead of being curtailed, is accelerated.

The Portuguese Presidency of the Council of the EU takes place against a social and economic backdrop that demands policies to tackle the growing social inequalities and disparities between countries. Economic dependence and cohesion, that is, convergence in social and economic progress, must be at the centre of the Presidency’s actions. The evocation of never-fulfilled, socially-just priorities and objectives cannot serve to cover a policy of effective attacks on social and labour rights, as has been the practice. Holding summits and defining agendas that proclaim just intentions cannot result in goals that are effectively ignored immediately or result in social regressions, as it has also been happening. The application of the Multiannual Financial Framework and the Recovery Fund will be important priorities for the Portuguese Presidency. However, in order to meet the needs of workers and citizens throughout the European Union’s Member States - and to contribute more than just vague statements of social and labour concerns - these instruments should be used to reinforce Member States’ public services and social functions. The MFF and Recovery Fund should also be used to invest in productive sectors, micro businesses and SMEs, promoting innovation and economic revitalisation, assuring employment with rights and adequate incomes.

In our second feature, we scrutinise the UK’s decision to withdraw from one of the EU’s flagship programmes - Erasmus – and replace it with its own ‘global’ version – entitled ‘Turing’. Featuring Erasmus+ rapporteur Milan Zver (SL, EPP), European Parliament Vice-President Dita Charanzová (CZ, RE), Professor of Law and Deputy Head at the University of Strathclyde Law School, Paul James Cardwell, and one of Erasmus’ forefathers, former European Commission Director for Education, Training and Youth, Hywel Ceri Jones.

Elsewhere, Martin Banks reports on the EU’s vaccine roll-out and speaks to Renew Europe deputy Vlad Gheorghe (RO) about the benefits that a common European approach could bring. Presidents of the European Movement International, Eva Maydell (BG, EPP), and of the Union of European Federalists (UEF), Sandro Gozi (FR, RE), share their thoughts as the EU looks to restart discussions on the Future of Europe. Meanwhile, Finnish MEPs Henna Virkkunen (EPP), Miapetra Kumpula-Natri (S&D), Elsi Katainen (RE) and Ville Niinistö (Greens/EFA) explain how this year’s European Green Capital - the Finnish city of Lahti - can help inspire cities across Europe to be ambitious in their plans for transitioning to climate neutrality.

Also inside, the Chair of Parliament’s Civil Liberties, Justice and Home Affairs Committee, Juan Fernando López Aguilar (ES, S&D), draws attention to the lesser known migration crisis taking place on the Canary Islands,  Alexandr Vondra (ECR, CZ) weighs in on the Strasbourg single seat debate, while Secretary General of New Europeans, Roger Casale, delivers a eulogy for the UK’s loss of the right to freedom of movement within the EU. 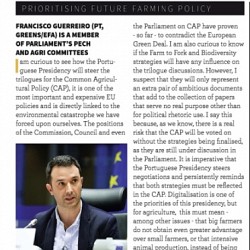 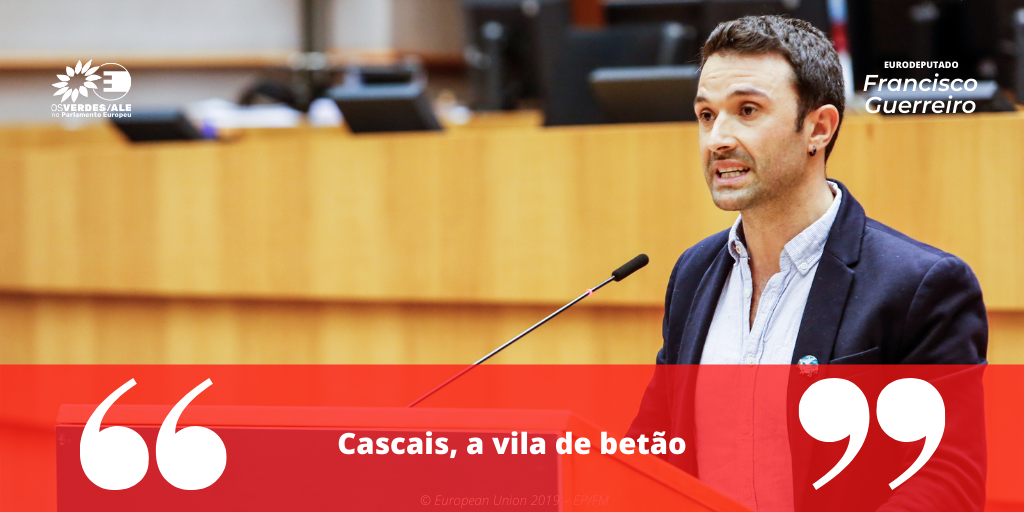 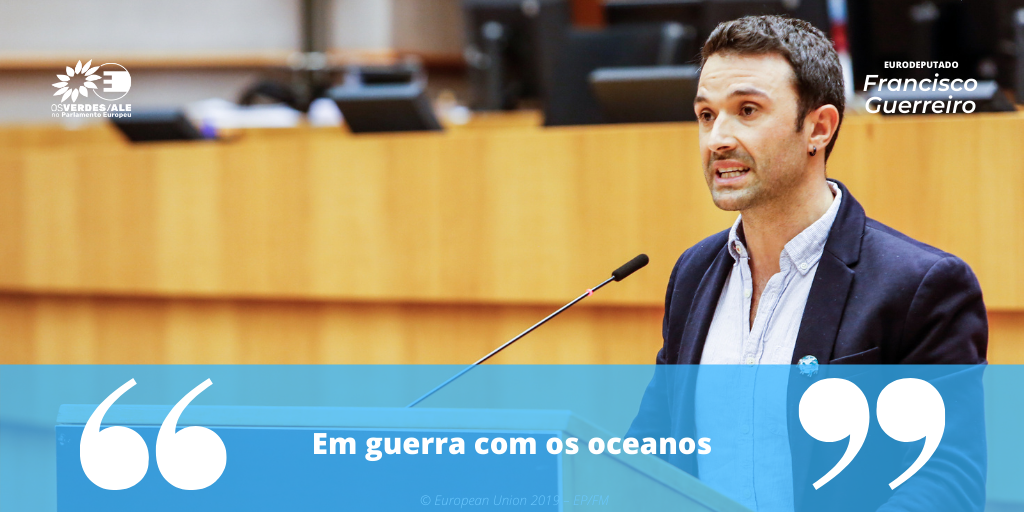 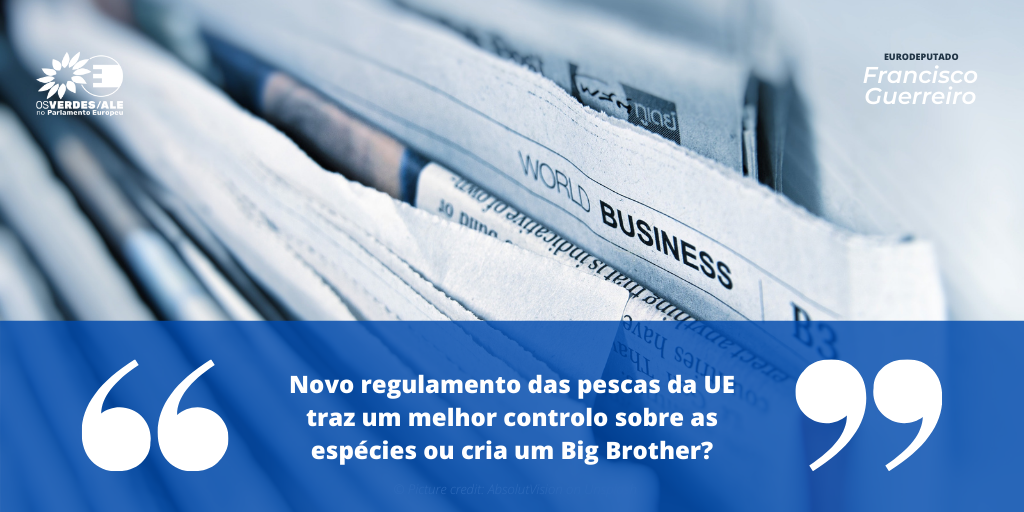 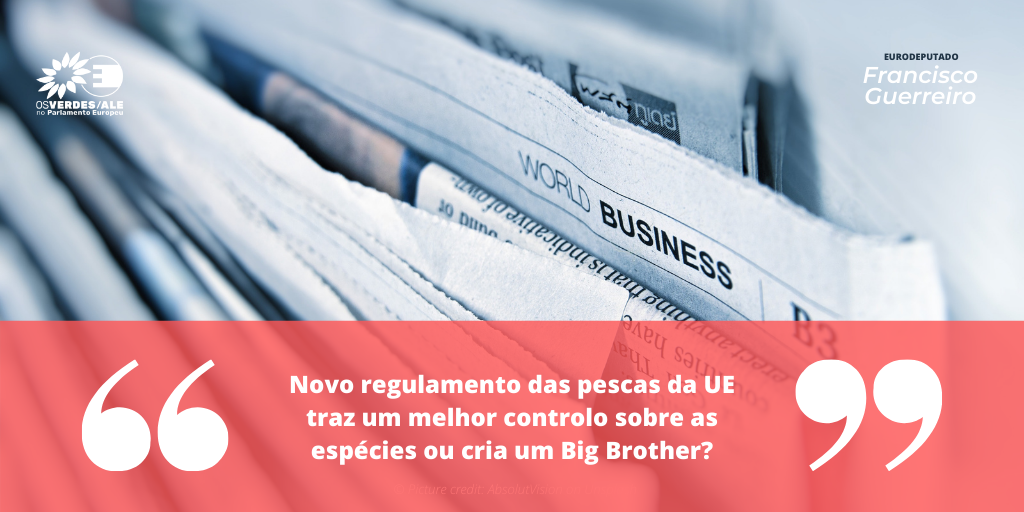 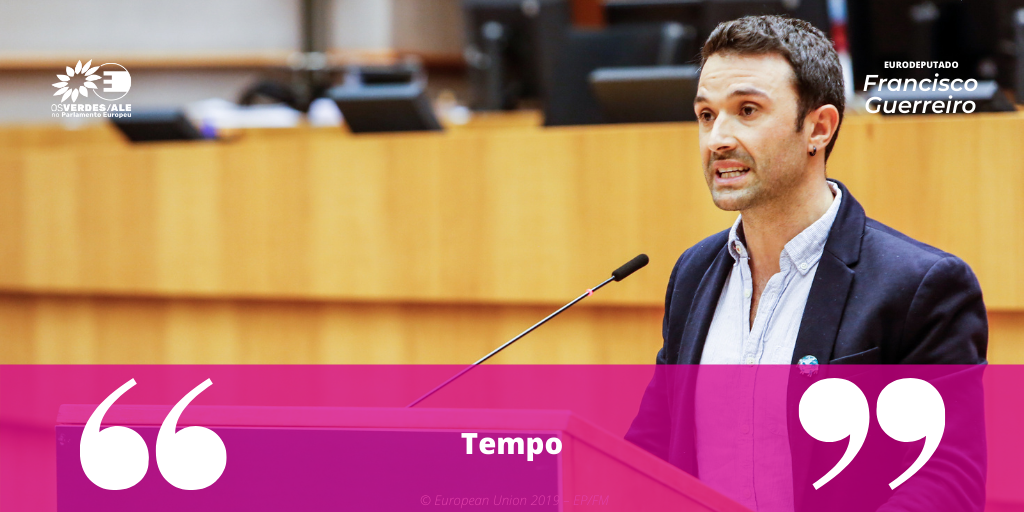 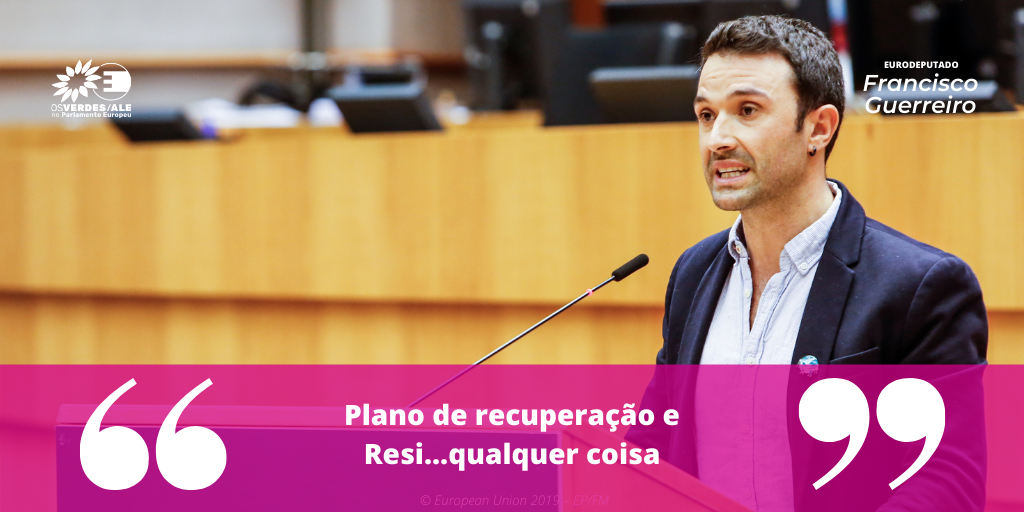 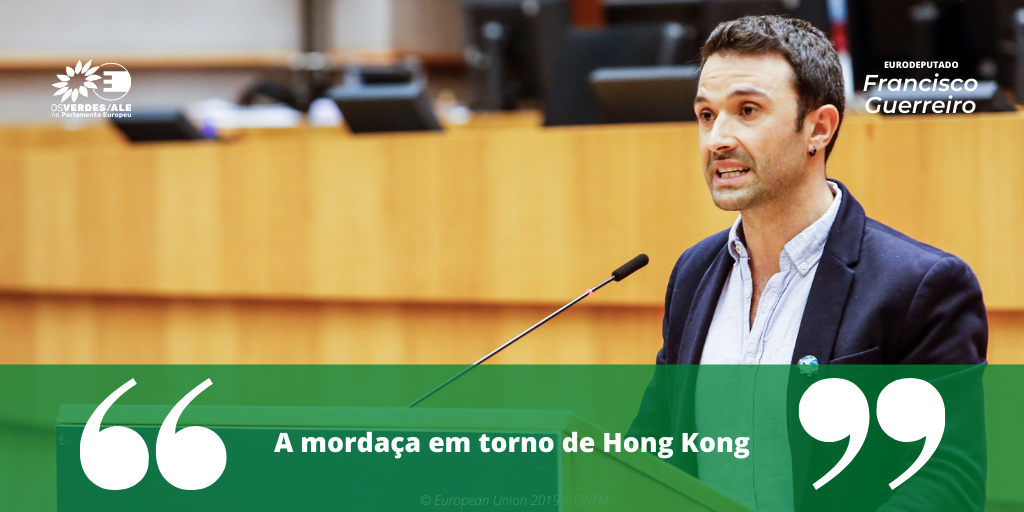 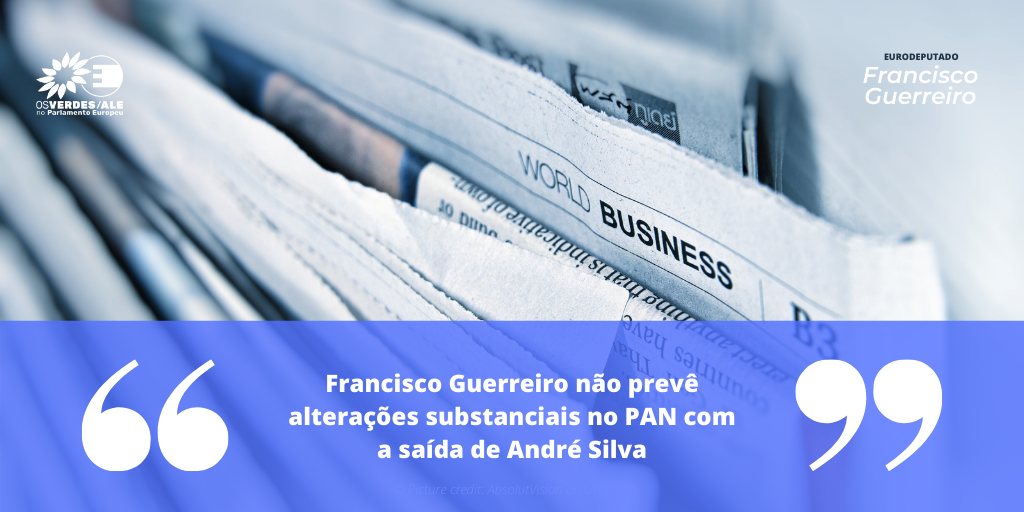 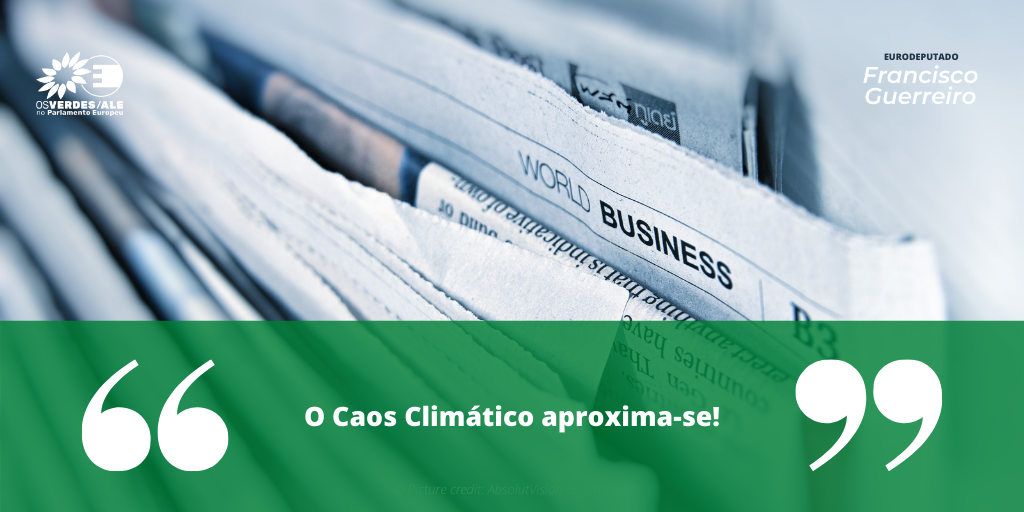