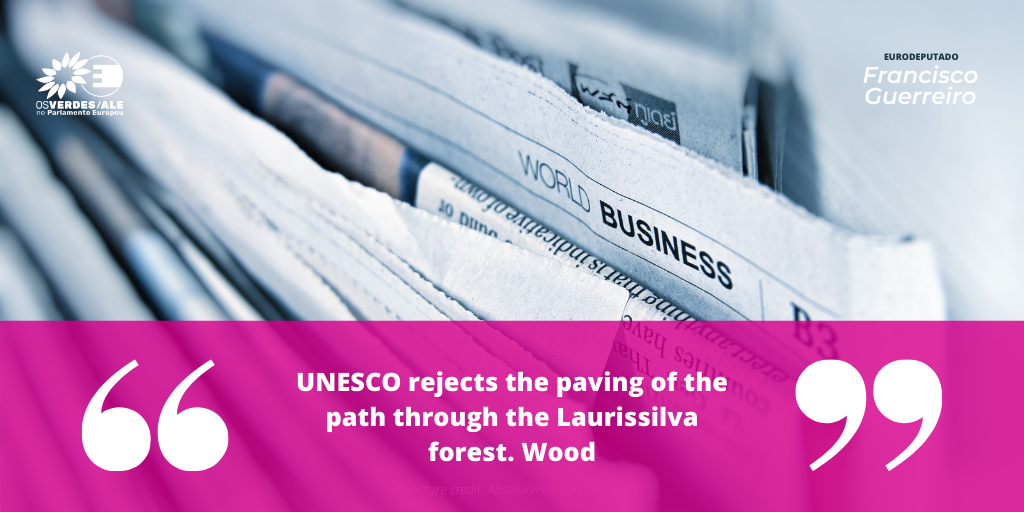 Valley Bugler Newspaper: 'UNESCO rejects the paving of the path through the Laurissilva forest. Wood'

UNESCO rejects the pavement planned by the Madeira government in Caminho das Ginjas in Paúl da Serra on the island of Madeira. This emerged from a reply by MEP Francisco Guerreiro of the Group of the Greens / European Free Alliance Wednesday.

The information appears in the United Nations Education, Science and Culture (UNESCO) response to a letter from Francisco Guerreiro (Verdes / ALE) dated February 17 this year, according to a statement from the Portuguese MEP’s office.

“The organization’s executive secretary in Portugal referred to the analysis of the International Union for Conservation of Nature (IUCN) – an international non-governmental organization that provides technical assessments of natural heritage to the UNESCO World Heritage Committee and a negative opinion in its technical review regarding the Environmental impact assessment of the proposed proposal to pave the Caminho das Ginjas – Paúl da Serra in the Laurissilva forest of Madeira, a World Heritage Site, ”the statement said.

The regional government announced that it plans to pave about nine kilometers of this road, which has been rejected by environmental groups.

According to the statement, the IUCN believes that “the need to pave the way has not been demonstrated in the documents analyzed and should be clarified, including the specific benefits that are exceptional in terms of the protection and effective conservation of the natural heritage universal value “.

“The planned removal of up to three meters of vegetation on both sides of the road and the planned extension of a 100-meter route for the parking of vehicles and storage of water deposits would lead to the loss of vegetation, including invasive species and species with status protection, endangered conservation status and endemic species, the IUCN takes into account in its statement, ”the note reveals.

The organization also notes that “invasive species may have already affected areas near the existing road, but this does not mean that road renewal will therefore have negligible effects”.

The increase in the number of pedestrians, for example caused by road renewal, “could potentially lead to an increased spread of invasive species as more people gain access to new forest areas,” said the Member of the European Parliament.

Regarding the proposal to build a fire suppression system that includes water tanks, drainage systems and hydrants along the road, “The IUCN recognizes the potential for positive fire management, but believes that the justification for installing such a system is not very good it’s clear”.

The Ginjas Street was opened in the dirt in the 80s of the 20th century and connects the municipality of São Vicente north of the island and the Paul da Serra plateau at a distance of about 10 kilometers.

The Madeira Regional Government announced in 2019 that it would proceed with the asphalting, a work valued at seven million euros and which was positively assessed by the São Vicente City Council.