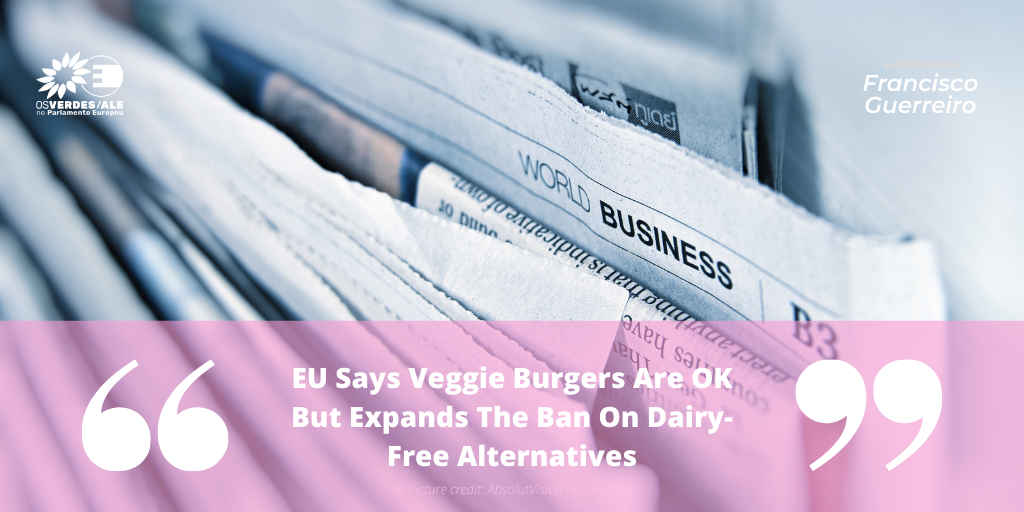 The Vegan Kind: 'EU Says Veggie Burgers Are OK But Expands The Ban On Dairy-Free Alternatives'

Veggie burgers are still on the menu!

Today, the European Parliament voted against a proposal that could have banned plant-based products from being labelled as steak, burgers or sausages.

“A victory for all ecologists and a big defeat for the meat sector!!” Francisco Guerreiro, a member of the European Parliament from Portugal posted on Twitter.

Unfortunately, the proposal to ban names such as “cream alternative” for non-dairy products passed, extending previous restrictions on the use of labels like “milk” and “butter” on plant-based replacements.

Jasmijn de Boo, vice president of ProVeg International, said that the proposal was not in the interest of consumers or producers and that buyers were never confused by the labels.

She said: “Why change something to a ‘veggie disc’ or ‘tube’ instead of a sausage?” “It’s ridiculous,” she added.

Andy Shovel, Co-Founder of THIS™, said: "I'm glad lunacy has not prevailed on any potentially brainless ban on meat-related terms. Now we don't have to come up with suitably amusing product terminology that would have been both descriptive but also let consumers know how ludicrous the constraints would have been."

According to the meat and farming industry lobbyists, a burger cannot be called burger when it contains no meat. This week they put a proposal in front of the European Parliament trying to ban the use of terms like “steak,” “sausage” or “burger” on labels for plant-based alternative products.

“We simply call for the work of millions of European farmers and livestock sector workers to be acknowledged and respected,” Jean-Pierre Fleury, the chairman of Copa-Cogeca, Europe’s largest farming lobby group, said in a statement this month.

EU farming lobby is one of the strongest in the parliament and has a significant influence on the policymaking.

Camille Perrin, the senior food policy officer at the European Consumer Organization, said it was “great news” and a “common sense” vote.

“Consumers are in no way confused by a soy steak or chickpea-based sausage, so long as it is clearly labelled as vegetarian or vegan,” she said in a statement.  “Terms such as ‘burger’ or ‘steak’ on plant-based items simply make it much easier for consumers to know how to integrate these products within a meal.”

In 2018 names like soy milk and vegan butter became illegal in EU after the dairy producers won a ruling backed by the European Court of Justice. In the same year, France banned the use of meat terms to describe vegan and vegetarian products.

Consumers around the world are not confused by the names. The report from the European Consumer Organisation shows that 42 per cent of consumers believe “meaty” names for plant-based products should be allowed if the items are clearly labeled vegetarian or vegan.