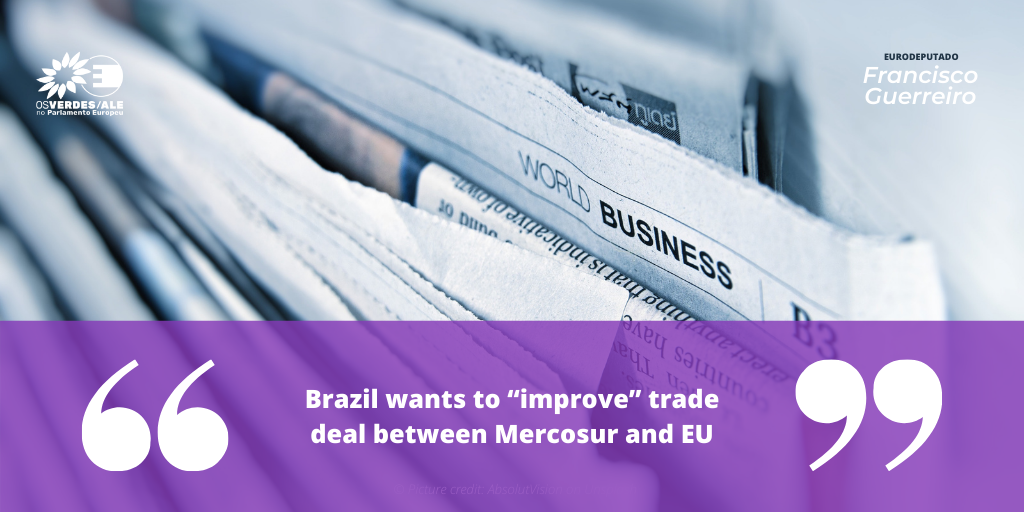 The Canadian News: 'Brazil wants to “improve” trade deal between Mercosur and EU'

The Brazilian government admits it: concerns over the destruction of the Amazon are slowing the ratification of the trade agreement between the EU and Mercosur. Brazil wants clarifications on the June 2018 agreement which involves three other countries of South America But for its ambassador to the EU, twenty years of negotiations is enough.

“Nobody is talking about putting the agreement back on the table, it is out of the question, assures Ambassador Marcos Galvao. What is being discussed and what has happened in trade agreements signed by the EU in the past , it is to strengthen the sustainable development aspect of the text.With regard to the Paris agreement, the text contains binding legal scope.

Mercosur is the fifth most important economic group outside the European Union. It includes, in addition to Brazil, Argentina, Paraguay and Uruguay. A market of 260 million consumers, protected by high customs duties.

According to the ambassador, leaving the agreement on a shelf would be especially damaging for the EU. “Mercosur has chosen the EU as the first partner to take this important first step towards integration into the international economy, so if it doesn’t work, it would be lost and the EU would no longer have the advantage of be the first to get here. “

Since the ultraconservatives came to power in 2019, deforestation has peaked. 65 MEPs asked last week to reopen negotiations by including binding commitments to stop the process.

“In a few years or decades, we could face a new pandemic due to the deforestation of the Amazon, because the contact between wildlife and livestock leads to human contamination with the virus as we saw in several pandemics in the past, says Portuguese environmentalist Francisco Guerreiro MEP. So to have trade agreements without anticipating all the environmental costs is collective suicide and political suicide. “

As mediator, the European Commission wishes to present a new proposal to the 27 soon.

“I had a conversation with the Minister of Foreign Affairs and the Vice President of Brazil, responsible for the Amazonian Council, said Valdis Dombrovskis, Executive Vice President of the European Commission. There are negotiations going on and I will say that the reactions of the Mercosur countries are positive, they are ready to engage in this work and ready for new commitments. “

The agreement would reduce tariffs by up to 35% for the export of European products such as cars, mechanics, wines or dairy products.