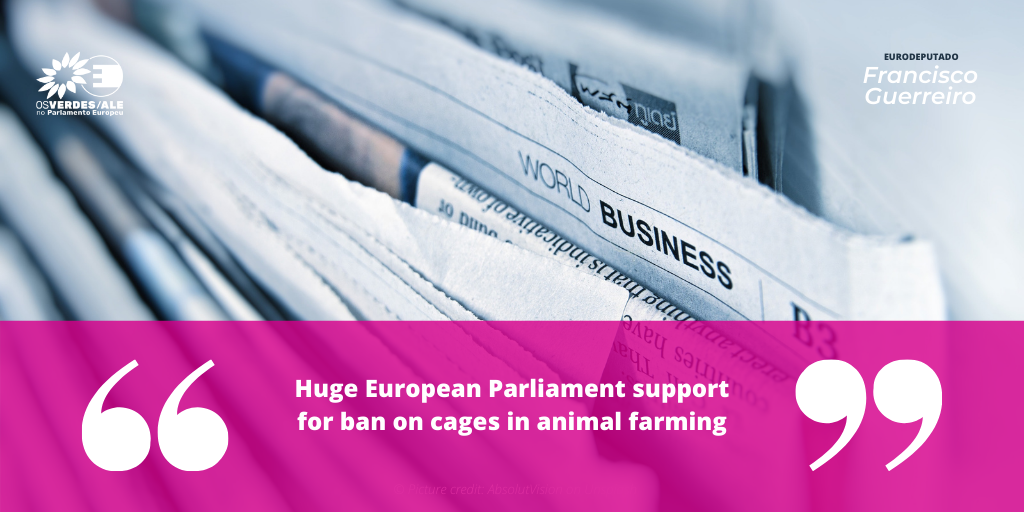 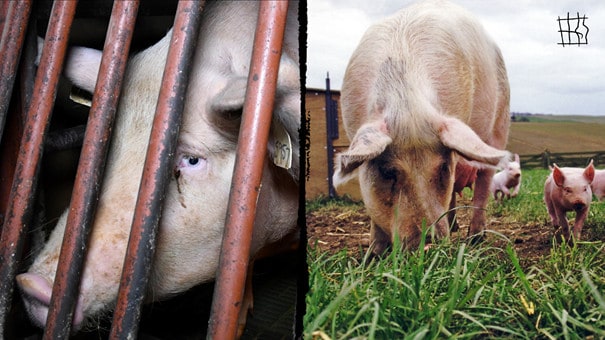 Pig in a cage, pig free with babies, photo: Compassion in World Farming

Members of the European Parliament (MEPs) discussed the citizens’ initiative to ban the use of cages in animal farming on Thursday. The initiative was supported by almost 1.4 million Europeans, and many MEPs agreed that Europe should listen to what people want.

The European Citizens’ Initiative (ECI) “End the Cage Age” called on the European Commission to end keeping farmed animals in cages and to propose legislation to forbid its use.

Most MEPs agreed that a transition to cage-free farming is possible, but only if farmers get financial support, time to make changes and if there’s a ban on imports from non-EU countries that don’t meet the same EU animal welfare standards.

“Animal welfare and animal health are very high on our agenda,” Stella Kyriakides, European Commissioner for Health and Food Safety, said during the hearing. “We are very much aware that we need to do more,” she added.

Janusz Wojciechowski, European Commissioner for Agriculture, said that EU farm subsidies and recovery funds could be used to phase out caged farming and implement alternative methods. “You have the full support of the European Commission to implement this transformation,” he said.

End the Cage Age hearing
Norbert Lins, chair of the Committee on Agriculture and Rural Development of the European Parliament, opened the hearing Thursday morning by supporting the initiative and acknowledging that animal welfare can be improved in the EU.

Olga Kikou, head EU office at Compassion in World Farming and one of the organizers of the initiative, presented the hard numbers of animals stuck in small cages in Europe: 180 million chickens, 112 million rabbits, 40 million ducks and geese, 10 million pigs and 1.2 million calves. She showed examples of farmers who have successfully implemented cage-free systems.

“We cannot continue to accept the suffering of sentient beings in cages. Times are changing. During this pandemic, we’ve all become aware of how easily zoonotic disease can spread when animals are kept in intensive systems,” Kikou added. “Europe must prove beyond doubt its role as a leader in animal welfare.”

“Extensive scientific research demonstrates that the welfare needs of farm animals as required by the EU Farming Directive 95/58/EC27, cannot be met in caged systems,” Bo Algers, veterinarian and professor at the Swedish University of Agricultural Sciences, informed the MEPs.

A young farmer from Estonia and Board Member of the Estonian Farmers’ Federation, Kerli Ats, was invited to speak. She said that ending caged farming was reasonable, but that farmers need time for the transition, financial support and fair competition.

“They are living beings that suffer and feel pain,” MEP Isabel Carvailhais said. “One minute is not enough to talk about all the suffering these animals go through when in cages,” said MEP Francisco Guerreiro, highlighting that “animals are in cages, treated as objects.”

“Animals are sentient beings, the suffering inflicted on them by cage farming will never be acceptable. It is time to face this reality and legislate to end the era of cages,” MEP Manuel Bompard said.

MEP Anja Hazekamp stressed that European citizens have spoken and expressed their need for a ban on caged farming, now it’s time for the European Commission to listen to them and take this citizen’s call seriously.

“After so many citizens have shown their democratic will, we should set up a food system that respects this,” MEP Eleonora Evi said.

“Most speakers welcomed this initiative. But this is just the start we need to take action,” Lins said, stressing that “the ball is now in the Commission’s court”.

The EU Commission has three months to decide whether it will follow up with a legislative proposal to end the use of cages for farmed animals.