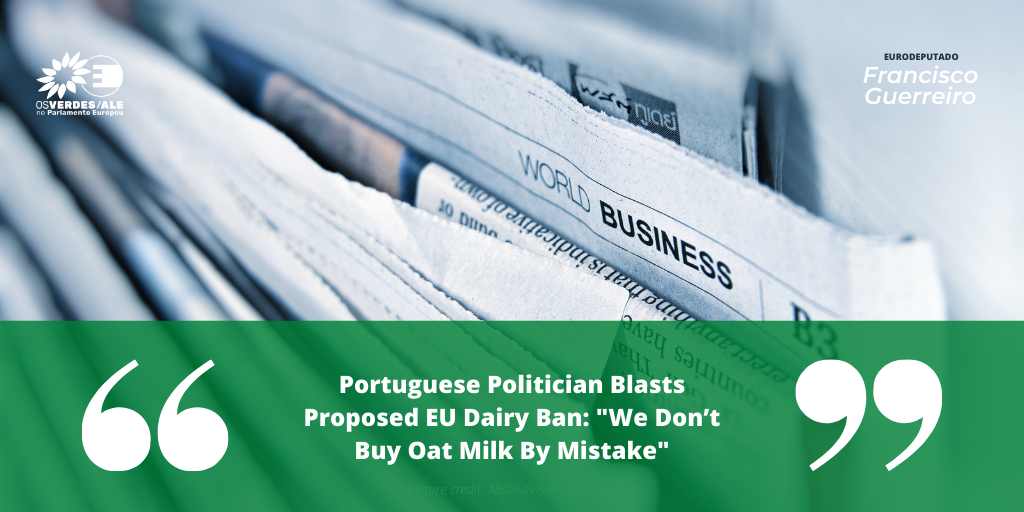 An online petition urging the EU to reject amendment 171, aka the dairy ban, has currently garnered a staggering 223,981 signatures

If adopted, the amendment would prohibit descriptors such as ‘yogurt-style’ and ‘cheese-alternative’. In addition, the legislation could prevent companies from using packaging styles such as butter blocks and milk cartons.

At this time, EU law already bans the use of terms including ‘almond milk’ or ‘vegan cheese’.

‘We know how to read labels’

Guerreiro, who currently serves as an Independent Member of the European Parliament for Portugal. Today, he retweeted a video from Swedish brand Oatly showing how consumers aren’t tricked into buying plant-based milks.

“We know how to read labels and distinguish cow milk from plant-based milk.”

He wrote: “To: Dairy industry and lobbied policy-makers. From: Consumers. No, we actually don’t buy oat milk by mistake, contrary to what you have been saying as an excuse to restrict the marketing of vegan products.

“We know how to read labels and distinguish cow milk from a plant-based milk.”

‘Investing in a plant-based future’

Moreover, Guerreiro is not the only EU figure to have argued against the legislation. Polish politician Sylwia Spurek also condemned Amendment 171 in a recent tweet.

Earlier this month, she wrote: “Investing in a plant-based future is the only way forward – to tackle the climate crisis and safeguard animal rights and human health the EU must support this process, not impede.

At the time of writing, a staggering 223,981 have signed the petition which was created by ProVeg International.

It states: “We want you to put a halt to plant-based dairy censorship. Please reject amendment 171.

“Dairy terms are already protected by law. Amendment 171 would go further and censor all use of dairy-related language, packaging, or imagery for plant-based foods…

The petition also points out the amendment’ could even prohibit plant-based foods from using photos of their own products on their packaging’.

It then concludes: “Altogether, it would be a huge reversal of the work done so far to meet the EU’s own goals on public health and sustainability, as agreed under the terms of the Paris Agreement. Given the urgency of the climate crisis, it’s a highly irresponsible move.”