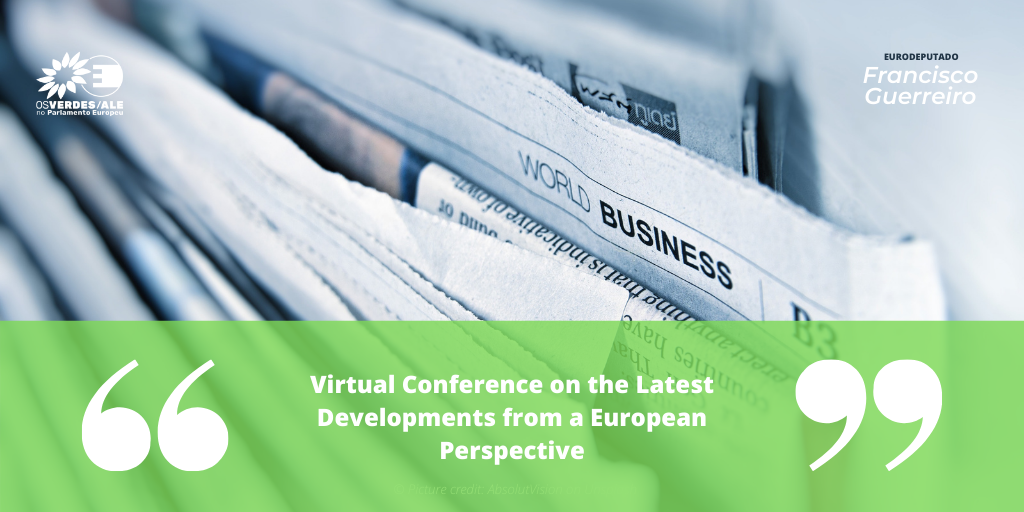 Central Tibetan Administration: 'Virtual Conference on the Latest Developments from a European Perspective'

Brussels: The Tibet Interest Group (TIG) in the European Parliament convened a virtual conference on Thursday, 4 March 2021, to discuss the latest developments from a European point of view. The event was hosted and chaired by MEP Mikulas Peksa, Chair of the TIG.

The conference commenced with a screening of “The Five Most Pressing Human Rights Violations in Tibet: A Year in Review 2020”, a short video clip produced by the UN, EU & Human Rights Desk of DIIR.

The featured panellists were MEP Miriam Lexmann, MEP Francisco Guerreiro, MP Samuel Cogolati and Representative Tashi Phuntsok. They delved into topics ranging from freedom of religion in Tibet and China to how the EU Member States can help to the EU-China Comprehensive Agreement on Investment (CAI) and the latest human rights situation in Tibet, including the labor camp. Representative Tashi Phuntsok also briefed the panel and the audience on the U.S. Tibet Policy Support Act (TPSA) and urged for serious actions vis-à-vis Tibet by the TIG, the European Parliament and western governments in general.

MEP Lexmann, who is also a member of Inter-Parliamentary Alliance on China (IPAC), started her presentation by emphasizing her concern for China’s deteriorating human rights situation. To make her case in point, she referred to the recently published report by the UK Conservative Party Human Rights Commission. She also shared her personal experience of living under a communist regime and her family’s suffering in then Czechoslovakia. She gave a moving account of her great uncle, a Catholic priest and a Dominican, who died in a communist labor camp for refusing to give up his faith.

She drew parallels between the crackdown on religion in her own country under the communist regime in the past and the ones being carried out by China in Tibet and East Turkestan. MEP Lexmann feels it is the EU’s moral responsibility to protect the breaches of human rights in China as they do business with her. She further hinted that the TPSA could be introduced in the EU.

Referring to the deaths in custody of late Tulku Tenzin Delek Rinpoche, tour guide Kunchok Jinpa and Lhmao, MP Cogolati, expressed his serious concern and said as Members of Parliament it was essential to raise these issues with their respective governments and raise media awareness. He also gave an account of how a small county like Belgium can contribute positively in protecting the rights of the Tibetan people. He also called for more effective and regular cooperation between national Parliaments in the EU to support the Tibetan issue. MP Cogolati also serves as the Vice-Chair of Foreign Affairs Committee in the Belgian Federal Parliament and as Co-Chair of IPAC.

MEP Guerreiro gave a presentation on the state of play of the EU-China Comprehensive Agreement on Investment, which will be debated in the European Parliament sometime late this year, with a vote foreseen in the first quarter of 2022. He feels that the agreement in its current form has no provisions on human rights, labor, and environmental standards are weak.

There was a general consensus among the panellists that trade agreements without morality and inadequate regulations are against the EU’s values. Another important outcome was the Chinese missions’ open and constant interference in undermining the democratic process of the host countries.

Q&A followed the presentations and MEP Peksa concluded the meeting with his final remarks.

The conference was live-streamed here and can be viewed at https://www.facebook.com/peksamikulas/liveional